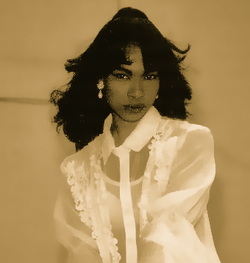 Art is the process or product of deliberately and creatively arranging elements in a way that appeals to the senses or emotions. In its narrow sense, the word art most often refers specifically to the visual arts, including media such as painting, sculpture, and printmaking. However, "the arts" may also encompass a diverse range of human activities, creations, and modes of expression, including music and literature. Aesthetics is the branch of philosophy which studies art. Traditionally, the term art was used to refer to any skill or mastery. This conception changed during the Romantic period, when art came to be seen as "a special faculty of the human mind to be classified with religion and science". Generally, art is a human activity, made with the intention of stimulating thoughts and emotions. Beyond this description, there is no general agreed-upon definition of art. The definition and evaluation of art has become especially problematic since the 20th century. Richard Wollheim distinguishes three approaches: the Realist, whereby aesthetic quality is an absolute value independent of any human view; the Objectivist, whereby it is also an absolute value, but is dependent on general human experience; and the Relativist position, whereby it is not an absolute value, but depends on, and varies with, the human experience of different humans. A cup, which ostensibly can be used as a container, may be considered art if intended solely as an ornament, while a painting may be deemed craft if mass-produced. Visual art is defined as the arrangement of colors, forms, or other elements "in a manner that affects the sense of beauty, specifically the production of the beautiful in a graphic or plastic medium". The nature of art has been described by Wollheim as "one of the most elusive of the traditional problems of human culture". Benedetto Croce and R.G. Collingwood advanced the idealist view that art expresses emotions, and that the work of art therefore essentially exists in the mind of the creator. The theory of art as form has its roots in the philosophy of Immanuel Kant, and was developed in the early twentieth century by Roger Fry and Clive Bell. Art as mimesis or representation has deep roots in the philosophy of Aristotle. Purpose of Art Art has had an great number of different functions throughout its history, making its purpose difficult to abstract or quantify to any single concept. This does not imply that the purpose of Art is "vague", but that it has had many unique, different, reasons for being created. Some of these functions of Art are provided in the following outline. The different purposes of art may be grouped according to those which are non-motivated, and those which are motivated (Levi-Strauss). Skill and craft Art can connote a sense of trained ability or mastery of a medium. Art can also simply refer to the developed and efficient use of a language to convey meaning with immediacy and or depth. Art is an act of expressing our feelings, thoughts, and observations. Traditionally skill of execution was viewed as a quality inseparable from art and thus necessary for its success; for Leonardo da Vinci, art, neither more nor less than his other endeavors, was a manifestation of skill. aN apparent lack of skill or ability required in the production of the artistic object. In conceptual art, Marcel Duchamp's "Fountain" is among the first examples of pieces wherein the artist used found objects ("ready-made") and exercised no traditionally recognised set of skills. Emin slept (and engaged in other activities) in her bed before placing the result in a gallery as work of art. Hirst's celebrity is founded entirely on his ability to produce shocking concepts. The actual production in many conceptual and contemporary works of art is a matter of assembly of found objects. However there are many modernist and contemporary artists who continue to excel in the skills of drawing and painting and in creating hands on works of art. Communication Art is often intended to appeal and connect with human emotion. It can arouse aesthetic or moral feelings, and can be understood as a way of communicating these feelings. Art explores what is commonly termed as the human condition that is essentially what it is to be human. Effective art often brings about some new insight concerning the human condition either singly or en-mass, which is not necessarily always positive, or necessarily widens the boundaries of collective human ability. The degree of skill that the artist has, will affect their ability to trigger an emotional response and thereby provide new insights, the ability to manipulate them at will shows exemplary skill and determination.